Finding a voice – and a story

This afternoon while driving, I heard an interviewer on the radio mention a famous quote that referred to ‘something like every story is either a man on a journey or a stranger coming to town”.  The line as said in passing and the conversation quickly passed by I was intrigued.  In fact, I was curious enough that when I returned home, I immediately began a search to identify the source and the exact quote.  That led me on a bit of a chase.

For one thing, I was not able to find a verified source for the stated quote, though is no shortage of references variations of the statement.  I found attributes to both John Gardner, Leo Tolstoy, as well as ‘proof’ that is not a quote from either of them.  But it is frequently identified as a famous quote or prefaced ith a statement such as “as have often been said…” and a variation of this statement:

It is said that all the best fiction has one of two plots:

other writers have spoken of more, but still limited plot options.  In his book The Seven Basic Plots: Why We Tell Stories, Christopher Booker, analyzes dozens of works to demonstrate that all stories can fit into seven basic structures: overcoming the monster, rags to riches, the quest, voyage and return, comedy, tragedy, and rebirth.  He further suggests that the first 5 can probably be grouped under the single umbrella of comedy because they typically have happy endings or the promise of renewal.

Georges Polti, a 19th-century French writer described 36 situations found in many stories, which he based on the list from Goethe, who credited Italian Carlo Gozzi.

Even a simple Google search turns up many more examples for the structure of a story.

Kurt Vonnegut offers an entertaining lecture on the shape of story with charts and diagrams.  The shapes he describes are captured in an infographic on Open Culture in the article Kurt Vonnegut Diagrams the Shape of All Stories in a Master’s Thesis Rejected by U. Chicago

A journey or a stranger?

For this post, I am sticking with the original dichotomy:

Although these choices are not truly a clear dichotomy and muddied.  If, for example,  a character is on a journey, they most likely will also play a stranger who comes to town in some parts of the story so they could have the opportunity to tell stories from both perspectives.

Similarly, the two sides of this choice could represent two views of the same story.  This is the case in The Hobbit; Bilbo Baggins goes on a journey after the stranger, Gandalf, comes to town.  Throughout the adventure, the two stories are linked, often parallel, but distinct. 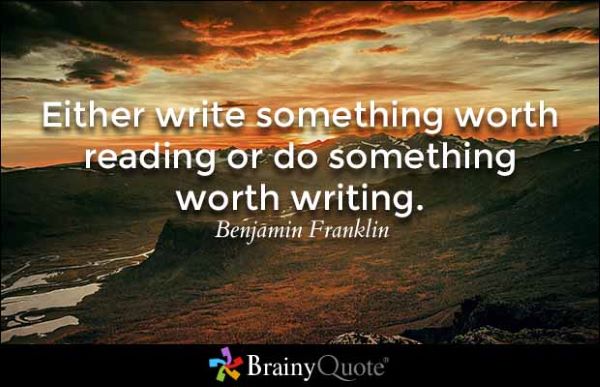 Which best reflects your story?

Today’s challenge: consider some of your on stories through the lens of these two options.

Here are a few writing prompts to get you started.

Make your stories your own

Of course, this is for the fun of a writing exercise of writing. While it might well be argued that there are no new stories, I am not convinced that you can break down all stories with a fixed number of structures.  Admittedly, I can definitely see the appeal of trying and playing with the examples from books or films to try and prove or disprove any of the proffered collections.  You might choose to take on that challenge yourself.

Everyone has their own story to tell.  Even if there are only a limited number of plots, you can seek to speak with your own voice and tell your personal and unique angle.  Feel free to share your thoughts in the comments.

I hope you have fun with your journey – whether you are heading off on a voyage of discovery, or playing the stranger coming to town.

Banner Photo by Monstera from Pexels