It has been an unprecedented and difficult few days in Nova Scotia. On Sunday, a gunman terrorized a small community in rural Nova Scotia.

Portapique is a picturesque community in Colchester County. It is an idyllic place that was little known, even within the province. But it is the kind of place we all know – scenic, friendly and peaceful. The kind of community where everyone knows each other and you can be yourself but know that your neighbours will be there if you need help or encouragement.

That all changed on April 18-19, 2020 when a gunman went on a rampage overnight and into the morning. Sunday afternoon, we heard that the gunman had been capture; it was not until later that we heard he had been killed. We were told that at least 13 people had been killed and more were suspected as there were multiple scenes, several were fires had been set.

The bad news continued. Today we learned that 22 people had been killed, including an RCMP officer and several who ran towards the trouble to help others. It is the worse mass killing in Canada, made particularly horrific because of the forethought shown by the fact that the gunman used an RCMP police car and a police uniform.

This kind of thing is not expected in Canada, let alone in a small. mostly rural province like Nova Scotia. It has shattered our peace, our security, and our safety. The situation is compounded by the restrictions of a pandemic that have us social distancing and, therefore, unable to come together to mourn as is our custom.

There are questions about how things were handled, why there wasn’t a wider alert. Answering those questions will take time but we trust that they will come.

For now, the province and the country are in mourning. We will do what we always do and come together. For now, we’re showing our Nova Scotia colours; we’re wearing our tartans, waving our NS flags and reaching out as we can to support our communities in these times of social distancing. 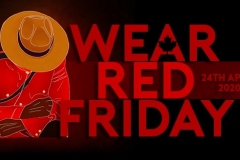 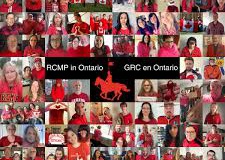 For the first time, the RCMP will not be able to hold a regimental funeral for a fallen officer. Today, we’re wearing red and standing with the National Police Federation and Royal Canadian Mounted Police in Nova Scotia. RIP Const. Stevenson and all innocent victims of the tragic events of last weekend. #WearRedFriday#NovaScotiaStrong